F.O.A.D. or better called Fuck Off And Die is a swedish thrash metal band from Västerås originally formed in 1986 by Roger and two other guys !After a year later the band became another incarnation called Successor.
The story continued many years later in 2012 as Roger and Michael rehearsed sometimes in the base called Promille Bunker.They met Rene at some parties before and after alot of beers he´s took the place as bassplayer ....so we decided to restart with the band and the new line-up was complete this time.
Inspired by all those good old thrashy bands from the 80´s and early 90´s started we in a cold dark autumn night with the first rehearsing session.
After the recordings to Birth of Extinction debut album and the first live show we picked up Staffan as second guitar player.
Just now we´re working hard in the rehearsal bunker to create new stuff for some upcoming releases.
F.O.A.D. is playing pure fucking swedish thrash metal!
Fuck Off And Die!!!!!! 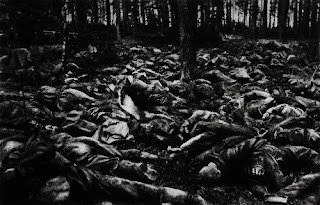